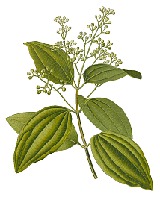 Cinnamon is a herb traditionally used by many ancient cultures. It is indicated for a variety of ailments including gastrointestinal problems, urinary infections, relieving symptoms of colds and flu and has remarkable anti-fungal and anti-bacterial properties. Some studies have shown that Cinnamon helps people with diabetes metabolise sugar better.

True cinnamon, or Cinnamomum Zeylanicum, is the inner bark of a small evergreen tree native to Sri Lanka and was used in ancient Egypt for embalming. It was also added to food to prevent spoiling. During the Bubonic Plague, sponges were soaked in cinnamon and cloves and placed in sick rooms. Cinnamon was the most sought after spice during explorations of the 15th and 16th centuries.

Most therapeutic uses of Chinese cinnamon bark are rooted in its historical use as a traditional medicine and on laboratory and animal studies. Test-tube or animal research does not guarantee safety or effectiveness in humans, but German health authorities (Commission E) do approve of cinnamon bark for mild gastrointestinal spasms, stimulating appetite and relieving indigestion.

It is used in flatulent dyspepsia, dyspepsia with nausea, intestinal colic and digestive atony associated with cold & debilitated conditions. It is known to relieve nausea and vomiting, and because of its mild astringency it is particularly used for infantile diarrhea.

Cinnamon may help to:

Cinnamon extracts have been used medically to treat gastrointestinal problems and to help calm the stomach. Cinnamon is a carminative, an agent that helps break up intestinal gas that has traditionally been used to combat diarrhea and morning sickness. Both test-tube and some animal studies have found that cinnamon may help to relieve mild abdominal discomfort caused by excess gas.

One German study showed that Cinnamon "suppresses completely" the cause of most urinary-tract infections (Escherichia coli bacteria) and the fungus responsible for vaginal yeast infections (Candida albicans).

Allow diabetics to use less insulin:

Some studies have shown that Cinnamon helps people with diabetes metabolise sugar better. In adult-onset (Type II) diabetes, the pancreas produces insulin, but the body can't use it efficiently to break down blood sugar.

Richard Anderson at the US Department of Agriculture's Human Nutrition Research Center in Beltsville, Maryland found that Cinnamon enhances the ability of insulin to metabolise glucose, helping to control blood sugar levels. Cinnamon contains the anti-oxidant glutathione and a type of flavonoid called MHCP (methylhydroxy chalcone polymer). It is believed that cinnamon makes fat cells much more responsive to insulin, the hormone that regulates sugar metabolism and thus controls the level of glucose in the blood. 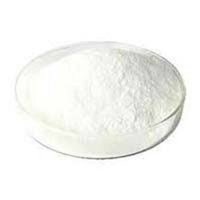 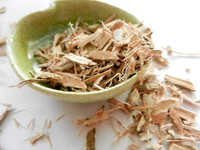 Send Inquiry
Back to top